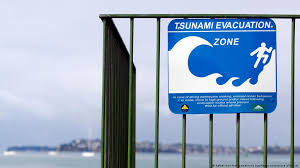 According to the New Zealand National Emergency Management Agency, the 8.1- magnitude earthquake was the third to strike the area on Friday morning local time.

As per media reports, residents in some areas received emergency alerts on their phones urging them to “EVACUATE NOW” because tsunami sirens ran out.

Earlier, another large 7.2 magnitude earthquake struck about 900 kilometres away on the east of the North Island and was felt by tens of thousands, causing its own tsunami warning. This warning was later lifted.