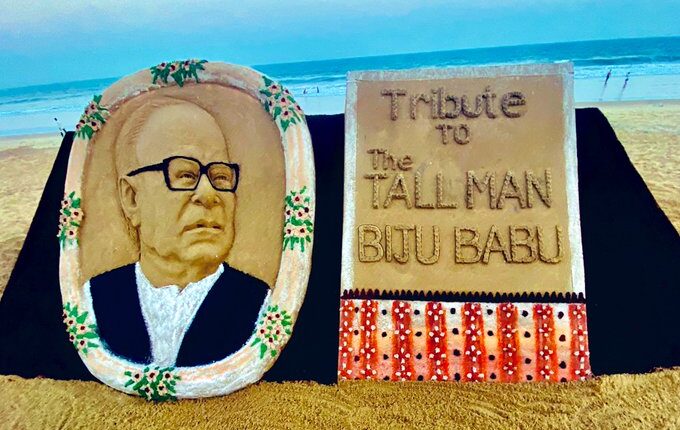 Sudarsan created a sand portrait of the legendary leader on the Puri sea beach with the message “Tribute To The TALL MAN BIJU BABU”. He used six tonnes of sand and invested three hours to create the sculpture.

Tributes to the #TallMan late Shri #BijuPatnaik on his 105 th birth anniversary. My SandArt at Puri beach in Odisha. pic.twitter.com/I5K3N3hrga

Besides, the ruling BJD has decided to mark the occasions by holding a massive cycle rally and blood donation camps.

Biju Patnaik was one of the most prominent survivors of the generation of Indian leaders who took part in the independence struggle against Britain.