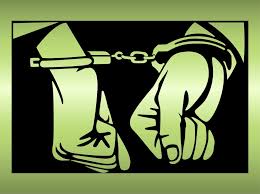 Rourkela: A youth landed himself in handcuffs after allegations of him uploading photos of a woman and blackmailing her with the help of a fake account on a social networking website, Facebook surfaced.

The youth, Ajay Panda from Koilipangi village in Dhenkanal district was arrested and forwarded to the court for allegedly blackmailing the woman.

According to available reports, the accused extended the hands of friendship through Facebook. Following this, he downloaded the woman’s photographs from her Facebook profile and uploaded the same on the social networking website after opening a fake account in her name. Subsequently, he started blackmailing the woman with her photos and obscene messages.

With no other options left, the woman approached the Rourkela Cyber police station a week ago.

Acting on the complaint the cyber police registered a case and launched an investigation. Later, with the help of mobile tracking, police traced his location to Koilipangi village and arrested him.