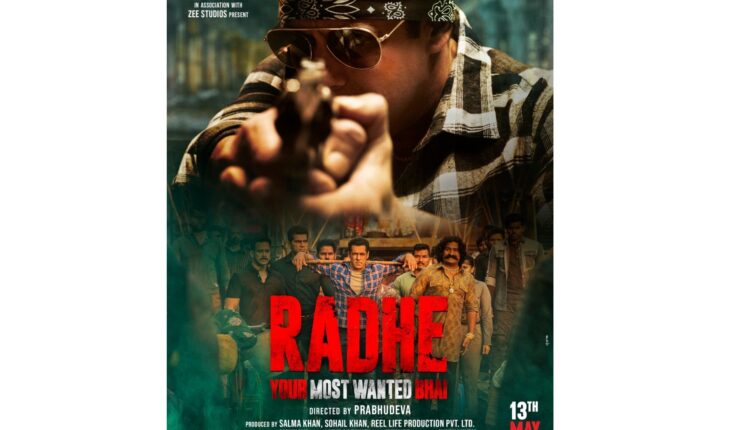 Mumbai: The trailer of Salman Khan’s highly-anticipated film Radhe: Your Most Wanted Bhai has been released.  The actioner, directed by Prabhudeva, also features Disha Patani, Jackie Shroff and Randeep Hooda in significant parts.

The makers on Wednesday confirmed that Radhe: Your Most Wanted Bhai will be the first Indian film to simultaneously release on multiple platforms. Radhe will hit theatres on May 13, while it will also see the light of the day on ZEE5’s pay-per-view platform, ZEEPlex.

The trailer introduces the swag of Salman as Radhe, a rowdy encounter specialist, who vouches to clean Mumbai of crimes.

‘Radhe: You Most Wanted Bhai’ is undoubtedly one of the most awaited films in Bollywood. It was supposed to hit the theatres last year on the occasion of Eid. However, the pandemic and the resulting lockdown pushed the film ahead.