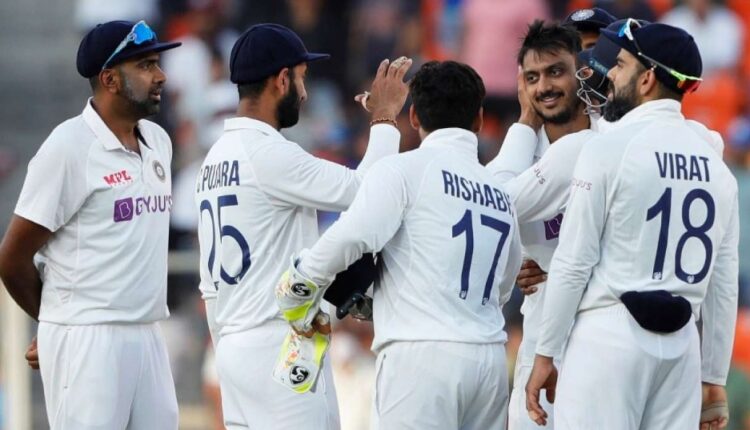 Ahmedabad: India outclassed England by an innings and 25 runs on day three of the fourth and final Test match here at the Narendra Modi Stadium today.

With the victory, India qualified for the World Test Championship final.

India wrapped up their first innings before Lunch, taking a lead of 160 runs. The hosts posted 365 in reply to England’s first innings score of 205. Washington Sundar was left stranded after scoring an unbeaten knock of 96.

At tea, England’s second innings score read 91/6 and the visitors still trail by 69 runs. Dan Lawrence and Ben Foakes were unbeaten on 19 and 11 respectively at the end of the second session.

The turn started after Ravichandran Ashwin and Axar Patel bowled brilliantly for India.

The visitors could only post a second innings score of 135 in 54.5 overs, and couldn’t overtake India’s lead of 160 runs.

For England, Dan Lawrence played a lone hand with a fighting fifty.