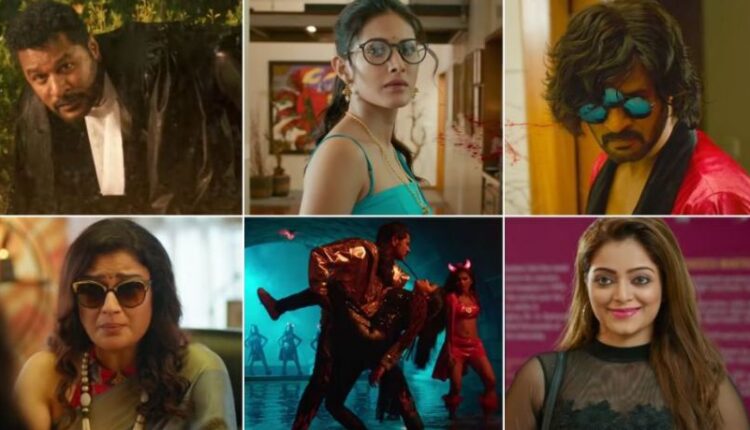 Dhanush wrote he was “very happy” at being able to release the teaser for the film.

The teaser featuring Prabhudeva in various different avatars was unveiled today. The teaser begins with a scene of a mental asylum where Prabhudeva’s character Bagheera Murlidharan is admitted.

Apart from Amyra Dastur, we see Ramya Nambeesan, Janani Iyer, Sanchita Shetty, Gayathrie Shankar, Sakshi Agarwal, and Sonia Agarwal being introduced. All of the actors get involved with Prabhu Deva at one point and it will be exciting to see what equation plays out with each of them.