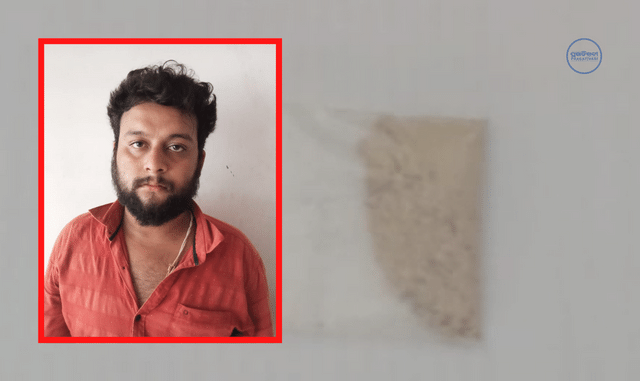 Phulbani: A youth has been arrested by Kalahandi Police and forwarded to the court for smuggling brown sugar, informed Phulbani Sadar SDPO Mahendra Nath Murmu on Monday.

The arrested accused has been identified as Sapan Mohapatra, a resident of Phulbani, and 3.59 grams of brown sugar have been seized from his possession, the police official told media persons today.

On the basis of preliminary investigation and interrogation, police have ascertained that the accused had procured the banned narcotics substance from the Khurda district.

A case (103/2022) has been registered and an investigation is underway, the police added.

This seizure of brown sugar is said to be the first case in the Kandhamal district.