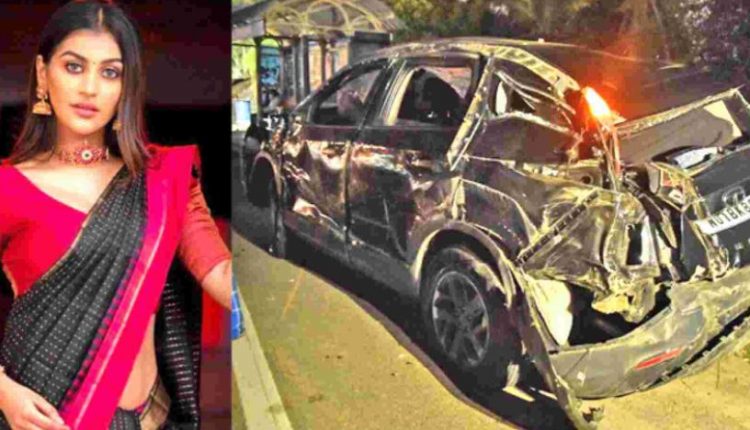 Mahabalipuram: Actress and former Bigg Boss Tamil contestant Yashika Aannand is said to be critical following a tragic car accident on July 25 at around 1 am on the East Coast Road, Mahabalipuram.

As per reports, the incident took place while she was travelling with her friends when the driver lost control and rammed into the center median, and toppled into a roadside pit nearby.

Reportedly, one of her friends, Vallichetti Bhavani died on the spot while Yashika is seriously injured.

Locals immediately rushed to rescue the three people who were stuck in the vehicle. They suffered severe injuries and were taken to a hospital for treatment.

Yashika Aannand is a popular model in Tamil Nadu. She then played supporting roles in films like Kavalai Vendam, NOTA, and Dhuruvangal Pathinaaru. She played one of the leads in Iruttu Araiyil. The 21-year-old Yashika currently has 5 Tamil films on hand.