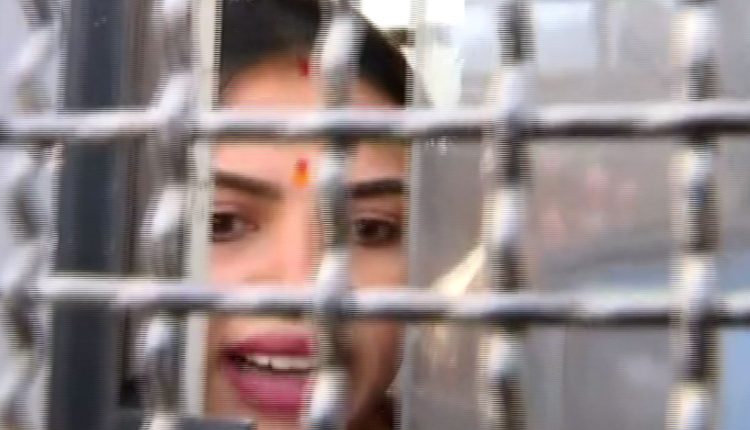 “Where are the so-called victims?” – Blackmailing accused Archana Nag

Bhubaneswar: Archana Nag, the alleged mastermind of the high-profile blackmailing racket, on Monday responded to media while she was being taken out of the court and said, “Where are the so-called victims?”.

Archana, who was produced in a court today, termed her arrest in the case arbitrary. “I was arbitrarily arrested. After my arrest, my family was kept under house arrest,” she alleged.

“For six days I could not figure out what was happening to me. I was brought to court with my face and eyes covered. I want a CBI probe into the matter,” she stated.

“I have not taken any money from Akshay Parija (Odia film producer),” said Archana Nag.

“It is a well scripted movie. Where are the so-called victims? I was arbitrarily arrested. My family members are under constant surveillance,” added Archana.