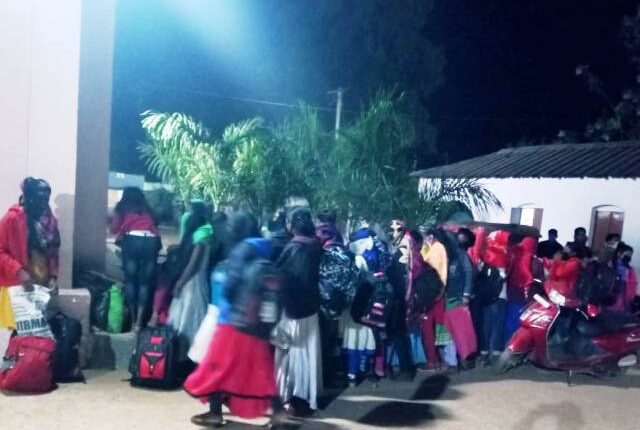 Raighar: Umerkote police on Friday evening rescued 30 girls from a bus at Umerkote bus stand while they were being trafficked to Bhubaneswar.

Police sources said they got the tipoff that a middleman Subarna Sunani from Kurubela village was transporting the girls to Bhubaneswar by Kingfisher bus. He has been detained for questioning.

Raighar police have been trying to contact the concerned Sarpanches to ascertain the whereabouts of the girls. The matter is being investigated, police sources said and added that efforts are on to find out the cause behind the trafficking of girls.