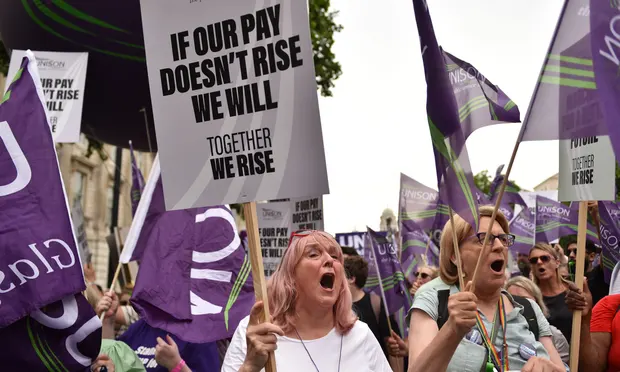 London: Thousands of Railway staff have gone on a strike over a pay dispute with the government in Britain on Wednesday.

Passengers are facing widespread disruption and cancellations. Major stations were largely deserted, with only about 20 per cent of passenger trains running.

Rail, Maritime and Transport (RMT) is leading the strike which began yesterday. The RMT argues that the strike is necessary as wages have failed to keep pace with inflation, which has hit a 40-year high.

The dispute centres on pay, working conditions and job security as Britain’s Railways struggle to recover from the Coronavirus pandemic.

Prime Minister Boris Johnson has described the strike as wrong and unnecessary. In a video posted on his Twitter handle, he stated that the government supported the Railway industry to the tune of 16 billion pounds. He added that huge investments are being made in the industry.