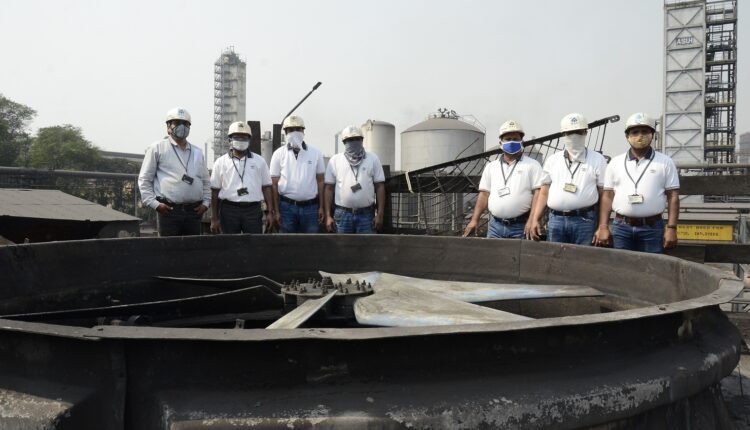 Rourkela: The creative ideas of the enterprising employees of Udaya Quality Circle of Rourkela Steel Plant’s Oxygen Plant have helped in bringing about several benefits for the company including operational efficiency.

It may be noted that Cooling Tower Fans are used for cooling hot water which comes from Air Separator Unit during the operational process. To cool hot water, 5 such tower fans of the wooden structure have been installed, in which 4 fans run while one fan is kept as stand by. The cooling water temperature has to be between.32 degree to 35-degree centigrade. If cooling tower fans are not effective, the cooling water temperature increases gradually. These conditions have an adverse impact on different processes and process parameters of Oxygen Plant.

Earlier, there used to be frequent breakdowns of CTFs due to wooden structure and imbalance load distribution followed by vibration in cooling tower fans. For running the process smoothly, CTFs were to be repaired on a priority basis.

A thorough study helped the team to identify the root cause of the problem. Thereafter it was planned to fabricate split type support with the existing structure. Accordingly, the necessary equipment were arranged. All the spares and accessories were assembled using in-house resources.

Because of the modifications, the Cooling Tower wooden structure is now less loaded and has to experience less vibration while working. Besides, the effectiveness and reliability of cooling tower fans have increased.