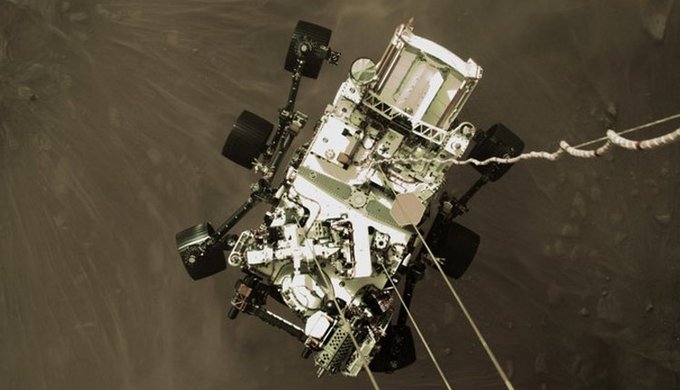 Florida: NASA’s Perseverance rover has sent some stunning photos of the Red Planet, Mars, including a high-resolution colour selfie taken during its landing.

The selfie is part of a video taken by several cameras as NASA’s Perseverance rover touched down on Mars on February 18.

“While NASA’s Mars Curiosity rover sent back a stop-motion movie of its descent, Perseverance’s cameras are intended to capture video of its touchdown and this new still image was taken from that footage, which is still being relayed to Earth and processed,” the US space agency said in a statement on Friday.

A camera aboard the descent stage captured the shot.

A key objective for Perseverance’s mission on Mars is astrobiology, including the search for signs of ancient microbial life.