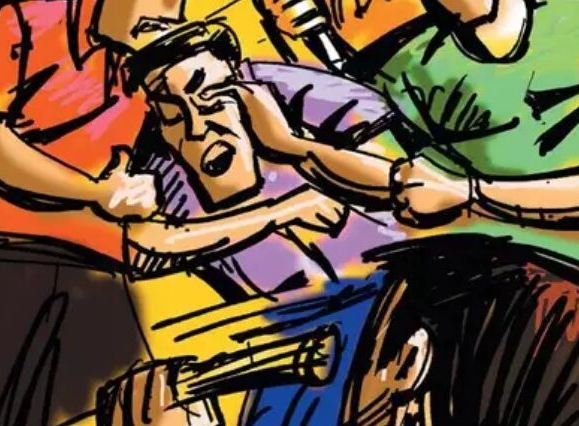 Dhenkanal: In an inhumane incident, a youth was severely thrashed by an angry mob over suspicion of being a child lifter near Kantanali bypass under Town Police limits in Dhenkanal district.

According to reports, the youth, identified as Chita Bapanga of Dengabasara area of Rourkela, was moving in the locality suspiciously. The youth allegedly entered a house belonging to one Kuni Dehuri. Spotting the stranger, Kuni, immediately started screaming following which neighbours rushed to the spot.

Suspecting him to be a child lifter, the locals tied him to a pole and thrashed him black and blue.

Upon being informed, police rushed to the spot and rescued Chita.