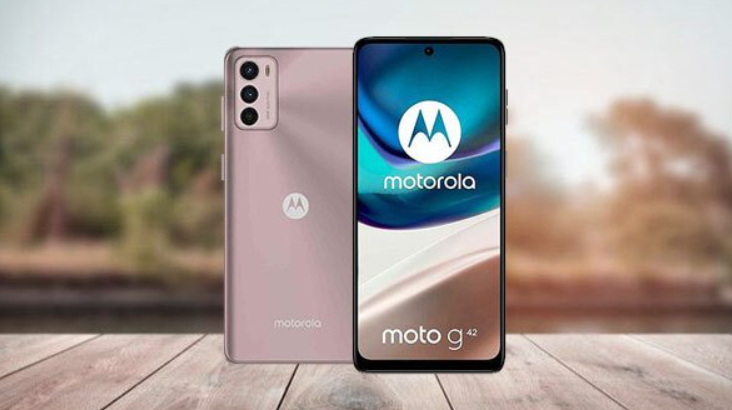 New Delhi: Motorola will launch yet another G-series handset the Moto G42 in India on July 4. Flipkart has made a dedicated microsite for the smartphone, confirming its availability on the e-commerce site. The Flipkart microsite has also revealed the design and key specs of the Moto G42.

Flipkart has revealed that the Moto G42 will be launched on July 4 in India. So, it will also be available for purchase via Flipkart. Although the sale date is yet to be revealed. We expect the sale date and pricing of the phone will be disclosed on the launch day.

The device will be powered by the Qualcomm Snapdragon 680 processor which will be paired with 4GB of RAM.

Besides, the 64GB of onboard storage of the Moto G42 will also support additional storage expansion of up to 1TB via a microSD card. The smartphone will be backed by a 5,000 mAh battery unit that will support 20W TurboPower charging.

For imaging, there will be a triple rear camera setup, housing a 50MP primary sensor, an 8MP ultrawide lens, and a macro shooter. Other specs will include Android 12 OS, stereo speakers with Dolby Atoms, and an IP52 rating for water and dust resistance. It will weigh around 174.5 grams, making it one of the lightweight devices in the segment.

Another 55 COVID-19 Patients Recover In Odisha; Active Case Tally At 574