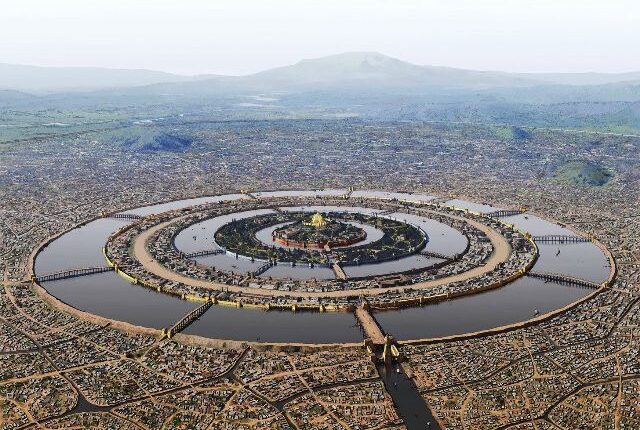 Historians and archaeologists can’t agree on whether the city of Atlantis ever truly existed or not. There’s evidence to support the idea that it was real – written records from both the ancient Egyptians and the ancient Romans, for example – but there’s no physical evidence to support those records. Common sense tells us that if one of the world’s mightiest cities had suddenly slipped below the waves two thousand years ago, we’d have found it by now. Marine archaeologists come across the remains of sunken settlements fairly regularly, but not once have they found anything that described the thriving metropolis of Atlantis that’s described in so many ancient texts.

The lack of physical evidence hasn’t stopped people from becoming fascinated with the idea. More than one Hollywood blockbuster has tackled the story of Atlantis. More than one successful game at websites like UK Slot Games has done the same. It’s a testament to the potency of the myth that online slots like “Atlantis Slot” and Atlantis” attract so many players, but it also points to the central problem with the whole legend. You’re almost certainly more likely to win money by placing a wager on those online slots than you are by placing a bet on the idea of Atlantis being discovered during our lifetimes – unless, of course, it’s already been found.

Almost every year, a discovery is made somewhere in the world that some pseudo-historian attempts to claim as the definitive Atlantis. What usually happens is that the story goes viral in tabloid newspapers for a few days. Someone steps forward to disprove it. Everybody forgets about the story, and then another one comes along a few months later. This latest story, though, might be a little different. It concerns not just the fate of Atlantis but the apparent loss of an entire continent thousands of years ago. Whether or not Atlantis was part of that continent is still up for debate, but what makes the news especially exciting is the suggestion that there might be more than one ‘lost continent’ out there, and they could shed new light on some of the deepest mysteries of human history.

The recently-discovered continent has been given the name “Greater Adria” and has been studied extensively by Dutch geologist Douwe van Hinsbergen, who went public with his findings earlier this year. He found evidence of the lost land at the bottom of the Mediterranean Sea and estimates that it was roughly the same size as Greenland back in the days when it was above water. This, however, is not the same continent that could have supported Atlantis. Greater Adria was buried roughly 140 million years ago when it collided with Europe and was shoved beneath Greece and Italy. His findings prompted him to conduct more studies of our planet’s mantle, and he says that the evidence suggests that continents being crushed and buried isn’t a rare occurrence. He feels that there might be several below Europe and more around the Pacific and Mediterranean coast.

Greater Adria isn’t the only previously unknown continent to have been ‘found again’ in recent times. There’s also Zealandia, close to New Zealand, which was uncovered in 2017 by taking measurements of the seafloor in the area. Nowadays, the only part of it that’s above sea level is Ball’s Pyramid off the coast of Australia, but it was once a continent in its own right that was three-quarters of the size of Australia itself. Larger parts of it were above water much more recently and might have been home to early humans. That means evidence of our ancestors and the way they lived might have been washed away by the waves, doomed never to be discovered.

The fact that whole strips of land and continents have existed and then been buried in and around Europe raises the possibility that Atlantis used to be on one and was lost without a trace when tectonic plates moved or continents collided. That would explain why no physical evidence of it has been found. Ancient historical records are full of descriptions of earthquakes and seismic events, and while a colossal one of the kind that sunk Greater Adria would have been specifically noted as a cataclysmic event had it occurred two thousand years ago, a smaller one might not have registered the same way. In fact, it might only have been significant enough to destroy a city or two on the coastlines of the affected areas – a city like Atlantis.

Of course, there are many other theories about the ultimate fate of Atlantis and what happened to its people. Some of them are based on logic and reason – the theories of Douwe van Hinsbergen being a good example – and some are more fanciful and detached from reality. One of the theories that sits somewhere in between the two is the idea that Atlantis might actually have been Antarctica. We know that the land we now know as Antarctica used to be much further to the north around twelve thousand years ago, and so it would have had a much more temperate climate. It’s unlikely that it would have been quite as far north as Europe, nor is it likely to have still been in the area two thousand years ago even if it were, but the theory still has proponents.

As a final thought, perhaps the story of Atlantis is the oldest practical joke in the world. The first person who wrote of it was Plato, and we know that once an ancient-world writer claimed to have seen something, other ancient-world writers also claimed to have seen it because they didn’t want to appear less knowledgeable by comparison. Some of Plato’s writings suggest that he had a keen sense of humor. He might have invented the entire tale of Atlantis up for his own amusement, just to see who would agree with him. His description of the city is deeply utopian, and so it might have been a depiction of his idea of a perfect society. We doubt that he’d have intended his practical joke to have survived for thousands of years, but all great stories can last forever if they’re told and retold often enough. We might never find Atlantis, but we’ll also probably never stop looking. When it comes to the pursuit of knowledge, perhaps that’s the whole point.