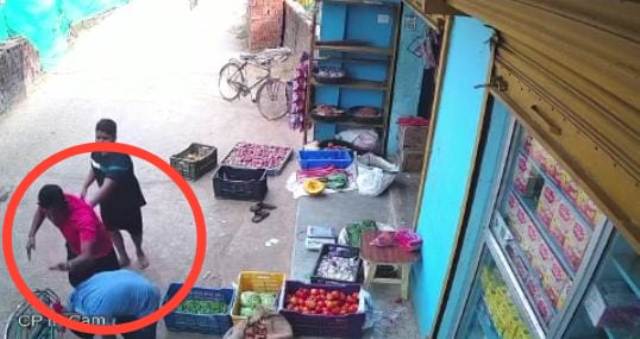 Puri: In an unfortunate incident, a youth thrashed a physically challenged person over a trivial issue at Baliguali village in Puri district.

The act was recorded on a CCTV camera. It was seen in the video footage that youth followed the Divyang  and bit up him severely while he tried to escape the attacker. The youth was seen throwing brick in which the Divyang man suffered head injuries.

According to reports, the victim and the attacker belong to the same village. The Divyang man is deaf and dumb from birth. The youth always teases him on several occasions. Irked over his activities, the Divyanga man hit his cycle with the bike of the attacker which led to the assault.

A case has been registered Penthakata Marine police station. Police launched an investigation.