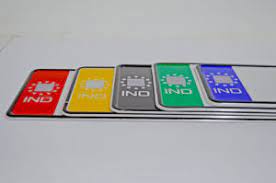 Cuttack: Police have seized a private bus and detained its driver from Choudwar in Cuttack district for allegedly using fake registration numbers.

According to police sources, the owner of the bus was allegedly plying the vehicle with as many as seven different registration numbers on different occasions.

The police action followed a complaint by another bus owner in this regard to Motor Vehicle Inspector (MVI) and the Regional Transport Officer (RTO), police sources said.

Some times it was using the number of a motorcyle and on other occasions, that of a car, the complainant said adding that the bus was using 7 different duplicate numbers, sources added.

Meanwhile, a probe has been launched against the bus owner for operating the vehicle by changing its registration number frequently.