Bhubaneswar: Para-athlete from Odisha, Kamala Kanta Nayak covered 213 km in 24 hours to break the world record for covering the maximum distance in a manual wheelchair.

The 28-year old para-athlete covered the distance of 183 km in a wheelchair in 20 hours thus beating the record of Portugal’s Mario Trinidad, who had covered 182.4 km.

Even after achieving the target, he continued his marathon for the next four hours, without giving up. In 24 hours, Kamala Kanta continued the race and covered 213 km setting a new world record. 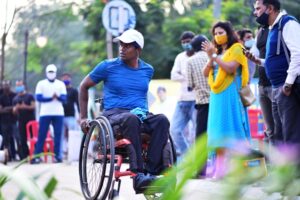 In 2014, Kamala Kanta Nayak (28) of Puri District suffered a spinal cord injury while playing volleyball. Following this, he went into depression for a couple of years. But his family’s relentless efforts inspired him to achieve the impossible.

According to reports, Kamala Kanta’s attempt will be recorded and sent to the Guinness Book of World Records.

Kamala Kanta, however, aims to bring glory to the country by participating in the upcoming Olympics. 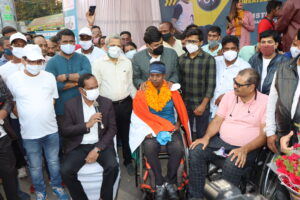 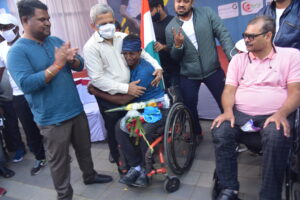