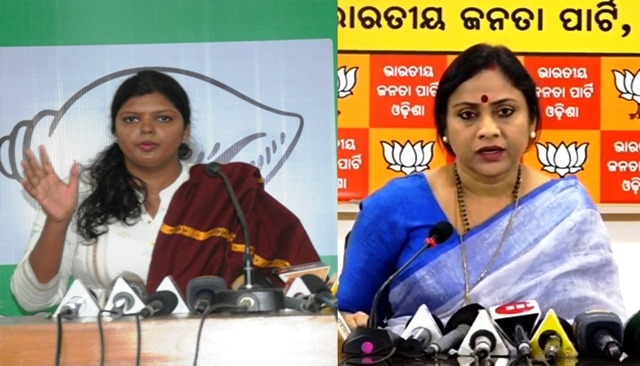 Bhubaneswar:  BJD has alleged that BJP is politicking over Pari murder case and added that irresponsible statements over the matter is to clean chit the perpetrator.

BJD Spokesperson Ipsita Sahu alleged that BJP’s Lekhashri Samantasinghar has been giving wayward statements on Pari matter which is unbecoming of a person of her stature.

Sahu further alleged that Samantasinghar has been trying to derail the investigation and added that if the saffron party has some inputs to provide to the probe team of Pari murder, then she is free to provide the same. But, trying to impose one’s findings on such a grave matter is not acceptable.

The BJD spokesperson said the BJP is doing cheap politics over sensitive issues and added that they had resorted to similar propaganda on Tikiri issue. They had given tickets to those persons to contest polls whom they were accusing as criminals, Sahu said.

Sahu said the BJP also tried to politicize Kunduli incident and added that they can stoop to any level for nasty politics. She said the people of Odisha will never forgive them for such attitude towards issues that confront them.