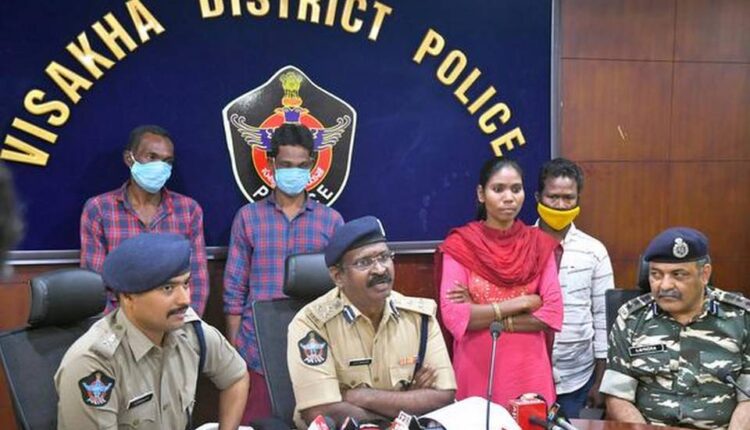 Visakhapatnam: In a major success to Visakhapatnam police, four hardcore Maoists, including a woman rebel surrendered before them recently.

Reportedly, the red rebels were involved in many incidents of exchange of fire with security forces Koraput and Malkangiri districts as well as other places.

Swarna was the area committee member (ACM) of the Maoist party’s Pedabayalu Area Committee and she was involved in nine murder cases, one landmine blast, six exchanges of fire, two ambushes, one arson, one famine raid and one praja court (Kangaroo court).

In 2020, she participated in three fire exchanges (EoFs) in the cut-off region on the Odisha side and in 2017, she actively took part in two ambushes against the security forces in Gillelabanda and Jakkam area of AOB.

She is a native of Sakirevu village of Jamiguda panchayat in Pedabayalu mandal and had joined the movement in 2010. She had a reward of Rs 4 lakh on her head.

The surrendered militia members said that pressure from the family members to surrender was also one of the reasons to take the decision.

The surrendered Maoist also expressed that there was considerable disillusionment among the cadres on the Maoist ideology and many were opposing the killing of innocent tribals after branding them as police informers.

They would be rehabilitated as per the state government package for surrendered Maoists, said the Visakhapatnam SP.