Bhubaneswar: The Bhubaneswar Municipal Corporation (BMC) has carried out a fresh assessment of urban flood vulnerability and decided to come up with long-term action plan soon to revamp the entire drainage system in the State Capital to make the Temple City free of the perennial waterlogging problem.

According to BMC Commissioner Sanjay Kumar Singh, the Civic Body, which is fully committed to finding and implementing solutions to the problem, has identified as many as 75 locations vulnerable to flooding during the monsoon and heavy rains in the city (under the jurisdiction of the Corporation).

“The entire drainage system will be redesigned and revamped to bolster the city’s drainage system to make it robust so that it could deal with heavy rainfall,” Singh said after taking a review meeting with engineers and senior officers of the Civic Body. 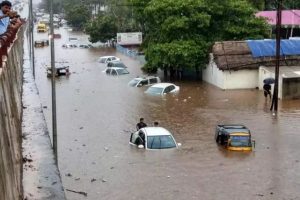 The BMC Commissioner urged the engineers to find out the cause of water logging in the vulnerable areas in the recent incessant rains and come up with permanent solutions for it. He said that long-term plans will be prepared which will involve land acquisition for widening of the drainage channels.

At present the number of vulnerable locations stands at 27 for several years. The Civic Body will follow the guidelines of Supreme Court, National Green Tribunal, State Pollution Control Board while revamping the drainage systems in the city, he added.

Since the National Green Tribunal (NGT) has directed against covering natural drains, appropriate steps will be taken to prevent mishaps, the Commissioner further said. Covering of drains will result in increased toxicity and health hazards owing to trapped gases, the NGT had said.

The BMC has also decided to expand drainage channels 7 and 10 on a priority basis to prevent waterlogging in New Forest Park and Bairagi Nagar areas. It will soon submit a proposal to the State Government for the acquisition of land for expansion of these channels. 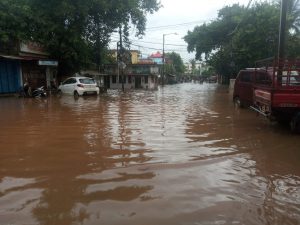 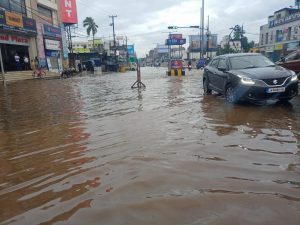