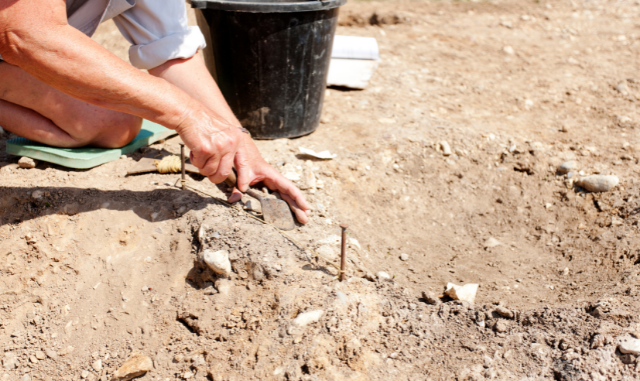 Sculptures Dating Back To 1400 Years Found In Bhubaneswar

Bhubaneswar: Archaeologists have discovered two 1400-year-old sculptures during excavation work near the Sukasari Temple in the Old Town area of Bhubaneswar.

Reportedly, the archaeologists found another Mahishasuramardhini sculpture after the discovery of an Ardhanarishvara sculpture that was discovered a few days back. Further excavation may lead to the discovery of more sculptures, said the ASI officials.

As per the style of the sculptures, it is suspected that they date back to the sixth century or about 1400 years back.

The Mahishasuramardhini sculpture was found in the sanctum sanctorum of a temple near the Sukasari Temple. Therefore the temple is believed to be of Maa Durga. Experts have opined that it can only be ascertained after the excavations are complete.