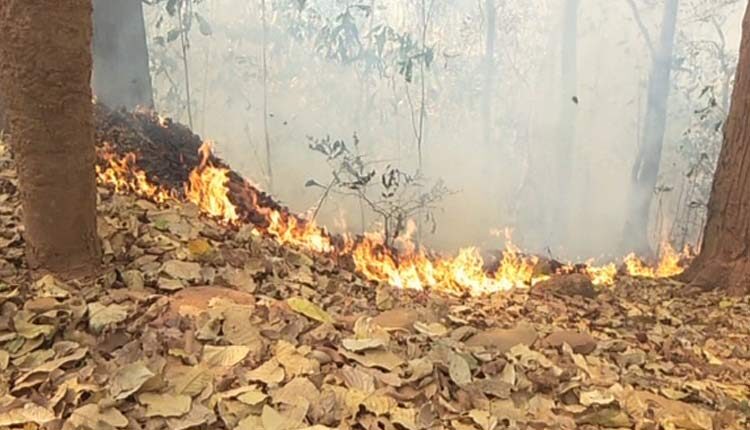 Sambalpur: Taking actions against the persons responsible for the wildly raging fire in the forest patches in Sambalpur district, the District/Divisional Forest Officer (DFO) warned that the accused found setting fire in the jungle will be arrested immediately.

Besides, he said that those who inform about such persons will be awarded cash of Rs 5000.

Reportedly, Apart from 150 regular forest staff for guarding and wildlife tracking, 75 more forest personnel have been mobilised for fire-fighting operations in all 5 ranges under the division from February 1 to June 30, informed Sambalpur DFO Sanjeet Kumar.

On the other hand, all the staffers of the forest department have been directed to take part in the operations launched to extinguish the flames. Temporary employment was provided to staffers for the same (15 members under each ranger).

All the squads of the department have also been asked to remain on alert.

Meanwhile, names, addresses and other details about every individual entering the forest area is also being recorded.

Cash award of Rs 6000 will be given to each village which helps the forest authorities in fighting the wildfires.