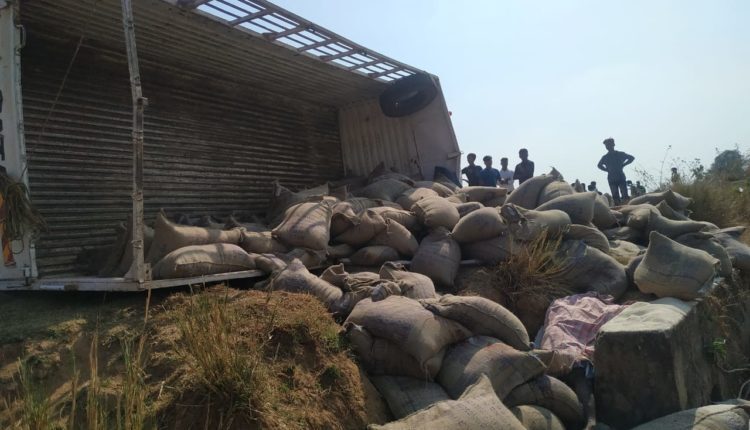 Nabarangpur: Two labourers were killed after a rice-laden truck, in which they were travelling, overturned near Dangapakhana under Kodinga police limits in the district on Sunday.

According to sources, the incident took place when the truck carrying 180 bags of MDM rice was going from Nabarangpur to Kosagumuda block. However, the truck driver lost control and the vehicle turned turtle near Dangapakhna village.

The impact of the accident was so intense that the two labourers onboard the truck fell on the road and died on the spot. The deceased were identified as Naba Harijan and Saradu Bhatara of Tirliambaguda village in Nabarangpur block.

On being informed, Kodinga police reached the spot and sent the bodies for post-mortem.

Reportedly, the police have seized the ill-fated truck and launched an investigation into the incident.