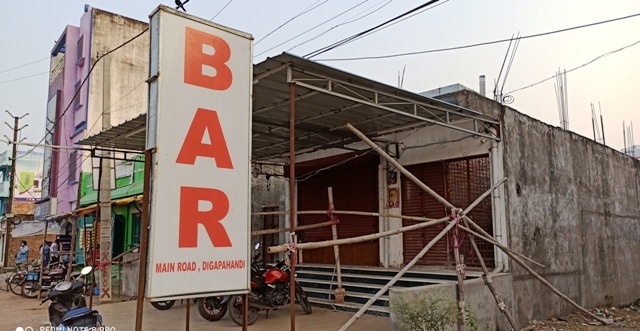 District Collector Vijay Amruta Kulange has taken the action on the basis of High Court orders on the opening of foreign liquor shops and Bars. The liquor shop & Bar was situated at a locality where banks, schools and residential areas there.

The raid was conducted by a team of excise officials under the direction of Excise SP Ramendra Narayan Nayak. It was alleged that the liquor shop and Bar had violated the excise guidelines.

The shopkeeper of the liquor outlet said all the allegations against him are false and fabricated.

Worthwhile to mention that some women’s organizations and social activists of the district had protested against the opening of liquor shops in residential areas close to the main thoroughfares of the town.