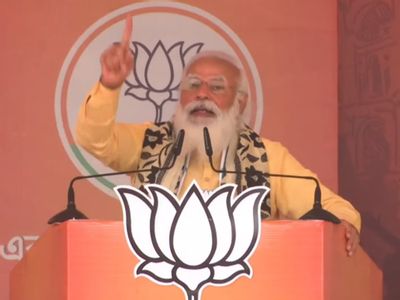 Gandhi hit out the Prime Minister on Sunday saying India has also logged 2.34 lakh fresh coronavirus cases for the first time since the pandemic began. Gandhi twitted in Hindi saying this is also the first time when such a huge crowd of sick people and deaths have been seen.

Worthwhile to mention that PM Modi had welcomed the huge gathering at his Asansol poll rally on a day when India is struggling to cope with the huge spike of dreaded coronavirus. PM Modi thanked the large number of people for participating in his rally saying he had witnessed such a rally for the first time.

He said he had come here twice during Lok Sabha elections. But, this time the crowd was huge, he added. Asansol goes to polls on April 26, the seventh of the scheduled eight phases of the Bengal Assembly election.