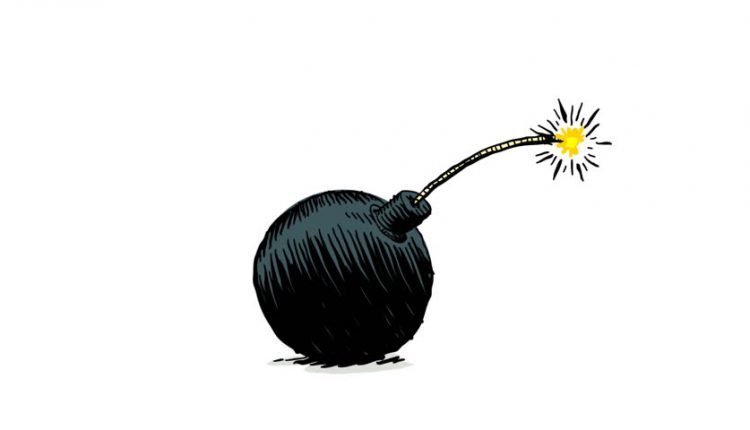 Puri: Unidentified miscreants hurled a bomb at the residence of a cement trader in Mukunda Mishra Nagar under Sadar Police limits in Puri district on Friday.

Reportedly, one person, who sustained injuries in the explosion, has been admitted to the Puri District Headquarters Hospital for treatment.

According to police, two bike-borne miscreants hurled a bomb at the house of the cement trader at Mukunda Mishra Nagar and fled the spot. Following the explosion one person sustained severe injuries and was rushed to the Puri DHH for treatment, the police added.

On the basis of preliminary investigation, the police suspect past enmity behind the bomb attack. However, no arrests have been made so far.

It may be mentioned here that this is the second bomb hurling incident in the Puri district in this week.

Three unidentified bike-borne miscreants had hurled a bomb at a grocery shop located near Bharat Sevashram close to Puri Swargadwar on the evening of 21st June 2022. The attack was also suspected to be a fallout of past rivalry and Balipanda police were probing the case.

While preparations are underway for the world-famous Rath Yatra of the Holy Trinity in Puri, miscreants are ruling the roost in the Pilgrim town and terrorising the public by hurling bombs. However, the cops are yet to take action to curb such criminal activities in the district.

Also Read: Bomb Hurled At Grocery Shop Over Past Rivalry In Puri