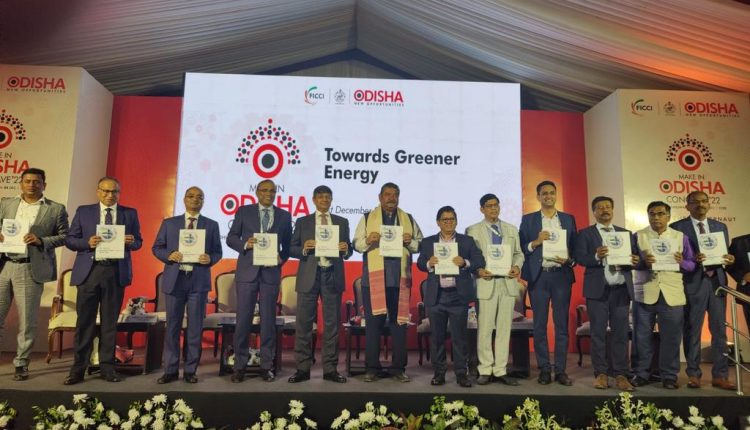 Bhubaneswar: Odisha Renewable Energy Policy-2022 has been released today that envisages addition of 10,000 MW renewable energy capacity in the State. Pratap Keshari Deb, Minister, Energy, Industries and MSME released the policy here on the 1st Day of the 3rd Edition of Make in Odisha Conclave.

Department of Energy organised a business leadership talk on the theme “Towards Greener Energy”. Minister Sri Deb, in his keynote address, said that OREP-2022 also provides multiple incentives for development of renewable energy projects in the State.

The Department has executed three Memorandum of Understandings (MoUs) with leading CPSUs for an investment of Rs. 51,000 Crores in the State. The First was executed between GRIDCO and NTPC Green Energy for development of large scale on-ground Solar, floating Solar and Pumped Storage Projects in the State.

These MoUs are expected to generate 1200 direct and 2600 indirect employment in the State. The session was moderated by Partner and Leader, PwC India and MD, GRIDCO proposed vote of thanks.