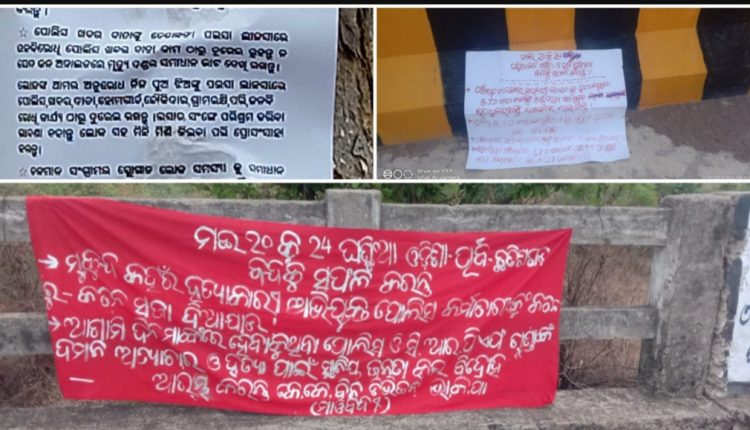 Phulbani: After a few days of lull, fear loomed large again in Kandhamal district on Wednesday after a number of Red-posters resurfaced at different places.

According to sources, the posters and banners were found put up at various places like Khamankhol, Landagaon, Param Panga, Kurtam Gada under Baliguda police station in Kandhamal district.

In the posters, Maoists have called upon the people to support their state-wide bandh to be observed on 20th May.