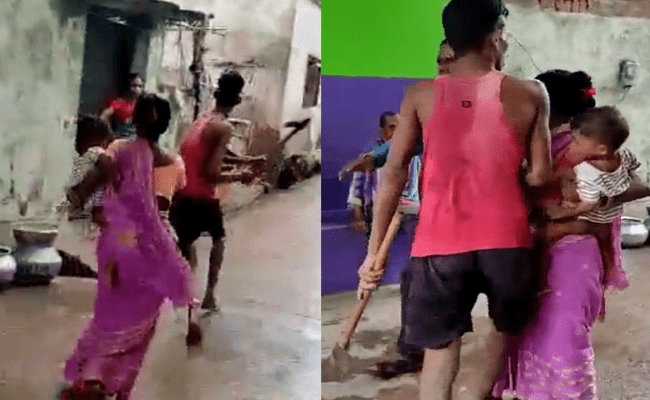 Angul: Panic gripped the residents of Behera Sahi under Chendipada police limits in Angul district after a man swung axe to threaten the locals.

According to sources, a group of women in the village launched a drive to clean the sewage drains here in order to prevent dengue. However, when the drive was being carried out near one Swarup Sahu’s house, the man initiated an argument with the women. Later, in a fit of rage, he brandished an axe and threatened the group after hurling abuses on them.

Frightened after the incident, the group halted the  “drain cleaning drive” and called for meeting to discuss the same.

The accused person, on the other hand, continued with his misbehaviour.

With no other options left, locals approached the cops and lodged a case regarding the incident.

Following this, police detained the accused for questioning.