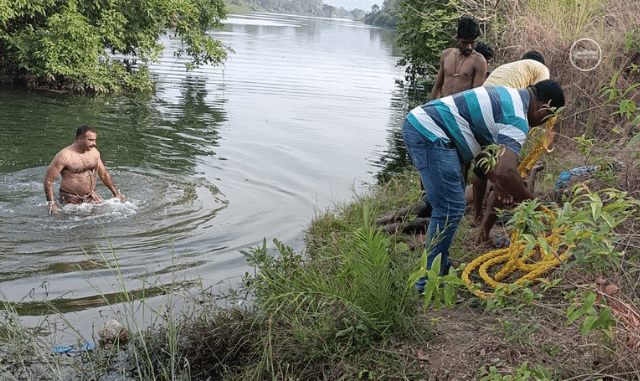 Malkangiri: A police officer in Odisha’s Malkangiri saved a teacher from ending his life by jumping into a river on Tuesday.

Today, Orkel police station immediately responded to a call by locals who reported that a man was trying to commit suicide near Chitapari village near Orkel.

On reaching the scene, ASI Ajit Sadangi immediately plunged into the river and pulled out the man from the river, thus saving him from drowning.

The man was then rushed to Balimela Hospital, where he was administered treatment. Reportedly, his health condition is stated to be normal, the police said.

During the inquiry, it was ascertained that the man is a teacher at Kamabeda village in Balimela. However, the reason behind the teacher’s drastic step is yet to be ascertained, the police added.