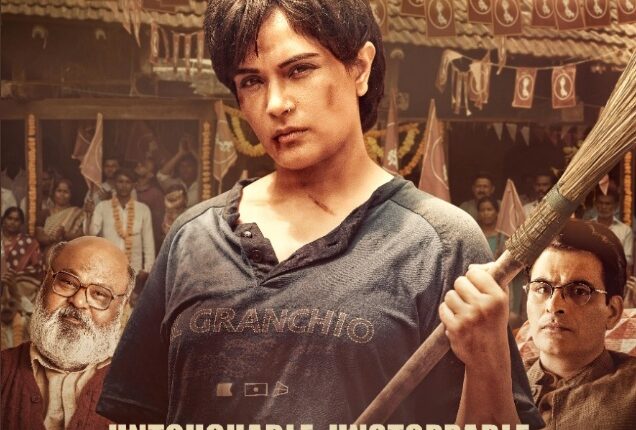 Mumbai: Actor Richa Chadha, who is prepping for her much-awaited film Fukrey 3, on Monday unveiled the first look from her upcoming film, Madam Chief Minister.

Trade analyst Taran Adrash also took to Twitter and shared the poster of the film.

Madam Chief Minister is a political drama set in Uttar Pradesh. The film is being produced by Bhushan Kumar, Krishan Kumar, Naren Kumar and Dimple Kharbanda.

Madam Chief Minister was slated to release on July 17, 2020. However, the release got postponed owing to the COVID-19 pandemic.