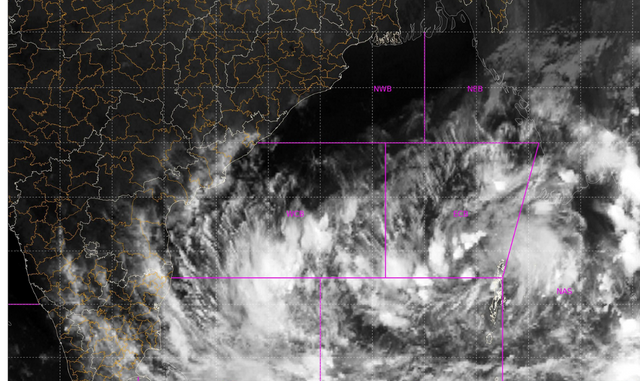 Bhubaneswar: Under the influence of cyclonic circulation over south Andaman Sea & neighbourhood, a Low pressure area has form over Southeast Bay of Bengal & adjoining the Andaman Sea during the next 24 hours.

The Low Pressure area now lies over the Southeast Bay of Bengal & neighbourhood with the associated cyclonic circulation extending up to 7.6 km above mean sea level.

It is likely to move west-northwestwards and gradually concentrate into a Depression over central parts of the South Bay of Bengal during the subsequent 48 hours.