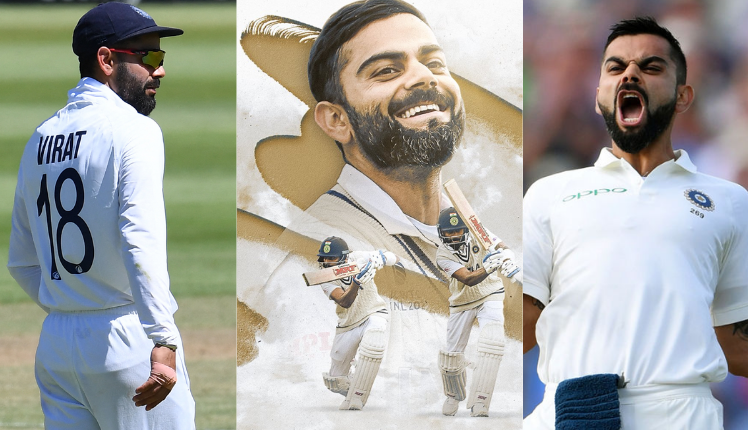 Mumbai: After stepping down from test captainship, the Board of Control for Cricket in India (BCCI) hailed Virat Kohli’s admirable leadership qualities in a gratitude post.

Notably, the run machine of India had announced his decision to step down as Indian men’s Test captain through a social media post on Saturday evening.

“BCCI congratulates #TeamIndia captain @imVkohli for his admirable leadership qualities that took the Test team to unprecedented heights. He led India in 68 matches and has been the most successful captain with 40 wins,” BCCI tweeted.

40 wins as Test captain: Virat Kohli owns the record for most Test appearances as India captain (68) and most Test wins by an Indian captain (40). Kohli is the fourth-most successful captain in Test history, only behind Graeme Smith (53 wins), Ricky Ponting (48 wins) and Steve Waugh (41 wins). The skipper finishes as India’s most successful Test captain with a win percentage of 58.82. Not to forget, India was almost unbeatable under Kohli in home conditions.

The star batter, who was appointed Test captain back in 2014 when MS Dhoni stepped down in the middle of the series against Australia, led India in a record 68 Test matches, winning 40 and losing 17. Kohli took leadership by storm, creating a niche for himself and cementing himself as one of the best captains this world has ever seen.

Some high points of Kohli’s captaincy:

Kohli has led India in 31 Tests at home, with India winning 24 of those and losing only two.

Under Kohli, India has won two matches in South Africa, three in England and two in Australia.

20- Most centuries as India Test captain: Leadership suited Virat Kohli as the Delhi star went on to smash seven double-centuries in the longest format of the game as a captain. Kohli also owns the record for scoring most Test centuries (20) as India captain.

Kohli led India to the number 1 ranking in Tests: Virat Kohli-led India was crowned the number one Test team in the ICC Rankings for a continuous period of 42 months from October 2016 till early March 2020. Under his captaincy, India also reached the finals of the World Test Championship (WTC).

Virat Kohli’s success in overseas conditions: Virat Kohli is the third captain and the first Asian to register a Test win at Centurion, the first two being England’s Nasser Hussain in 2000 and Australia’s Michael Clarke in 2014. The Centurion win was the seventh under Kohli in 23 Tests, which is the most by an Asian Captain in SENA countries. Kohli led India to a historic Test series victory in Australia in 2018-19 and dominated England in England last year.