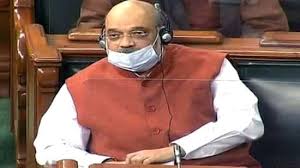 Shah tweeted this after a wave of support to ongoing farmer’s agitation from celebrities in the West.”India stands united and together to achieve progress,” he added.

Shah joined the growing list of BJP politicians and leaders, and Bollywood celebrities tweeting against “propaganda” that threatens national unity.

Rihanna tweeted to her followers to talk about farmers’ protest in India and shared an article on the topic by CNN. She was followed by climate activist Greta Thunberg and Lebanese-American former adult film star Mia Khalifa. Both Rihanna and Khalifa were labelled “anti-national” by Sambit Patra.