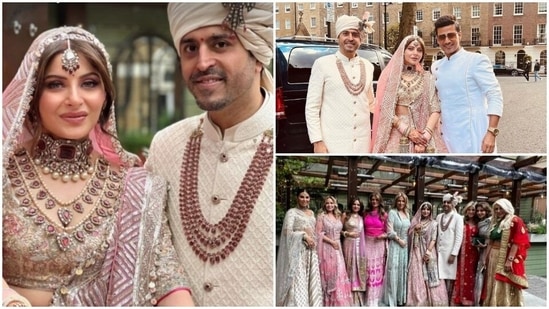 London: Singer Kanika Kapoor tied the knot with London-based businessman Gautam in a dreamy ceremony on May 20. It was attended by close friends and family members.

Kanika is better known for her hit songs including Baby Doll, Desi Look, Oo Bolega Ya Oo Oo Bolega, and others. For those unaware, it is the second wedding of the actress.

As per reports, Kanika and Gautam had been dating for almost a year and decided to get married in London. And, the inside pictures and videos from the auspicious wedding ceremony are already out and it is safe to say that the singer made one of the prettiest and most gorgeous brides.

For her wedding day, Kanika chose a pastel colour lehenga. Gautam complemented the bride with the pastel colour sherwani. Their wedding video is also too cute to watch. In the video, Kanika can be seen walking the aisle under phoolon ki chaadar. Later, they performed the varmala ceremony, and then tied the knot. The Baby Doll singer was earlier married to NRI businessman Raj Chandok, who was also based in London. Kanika and Raj got divorced in 2012.