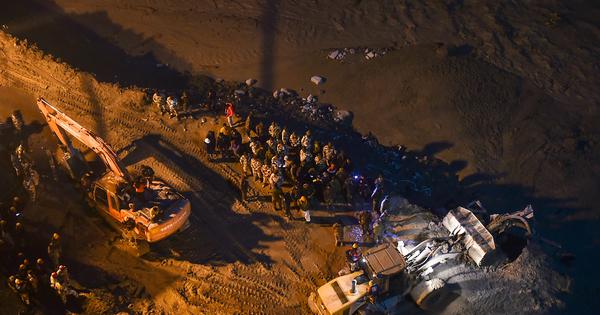 Dehradun: A massive operation has started overnight to rescue those trapped inside the 12-foot high and 15-foot wide tunnel at Tapovan in Chamoli.

The tunnel was blocked with slush and debris trapping workers of an NTPC thermal power plan. As many as 39 persons are believed to be trapped inside a tunnel after a glacier burst in Uttarakhand on February 7.  The flash floods has left 18 dead and over 200 missing.

The tunnel is over 2.5 km long with just one entry and bifurcates into two, officials said, adding that it was difficult to tell where the workers were trapped or whether they were together at all.

Over 300 personnel of the Indo-Tibetan Border Police (ITBP) and 200 others from the army and disaster teams are involved in the operation.

Earthmovers and shovels were used by hundreds of personnel and locals in the night-long mission to unclog the tunnel’s opening. In the day, personnel held sticks for better grip as they entered the sludge-filled tunnel.

Twitter’s response to Centre’s request on suspension of accounts