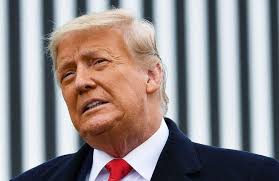 Washington: The second impeachment trial of former US President Donald Trump will begin today with Democrats censuring him for the Capitol Hill violence on January 6.

The 74-year-old Republican will become the first US president of America to face two impeachment trials. The counsels of Trump have criticized the impeachment case as an act of “political theatre” by Democrats.

Donald Trump remained defiant and refused to concede defeat for weeks even after the victory of Joe Biden following the announcement of 2020 US Presidential election results.

On January 6, Trump addressed a gathering of thousands of angry supporters at the White House and told them to march to the Capitol Hill and “fight” for him.

A huge mob stormed the Capitol, moments after Trump incited them for fight, interrupting the formal congressional certification of Biden’s election victory. The lawmakers ran helter-skelter for their safety as the five people including a police officer was killed during the clash.

According to a poll, 56 per cent of Americans want Trump to be convicted in his second Senate impeachment trial and banned from holding federal office ever again.

It may be recalled that during Trump’s first impeachment trial in January 2020, media outlets in US found that 47 per cent Americans wanted Trump’s removal, while 49 per cent were not in favour of it.