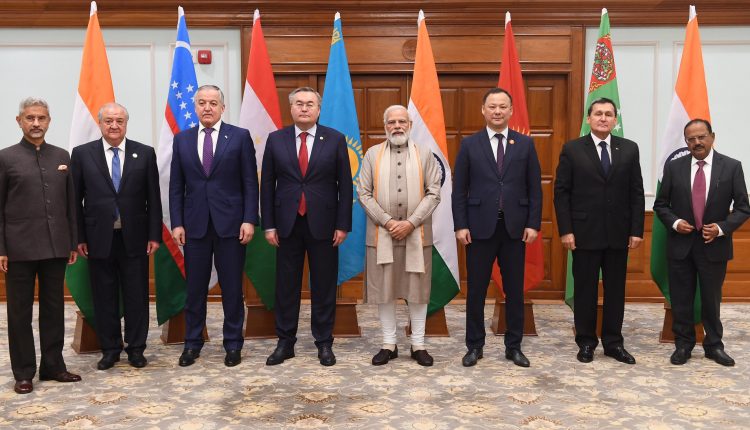 The Foreign Ministers of the Central Asian countries are visiting New Delhi for participating in the 3rd meeting of the India-Central Asia Dialogue.

The Central Asian Foreign Ministers conveyed the greetings of their Presidents to Prime Minister Modi and emphasized the readiness of their leadership to further strengthen relations with India.

They briefed the Prime Minister on the deliberations of the India-Central Asia Dialogue held under the chairmanship of the External Affairs Minister of India on 18-19 December 2021, which focused on trade and connectivity, development partnership and regional developments, including the situation in Afghanistan.

Prime Minister emphasized the importance that India attaches to  its long-standing relations with Central Asian countries, which are part of its ‘Extended Neighbourhood’. He conveyed his felicitations to the Ministers on the 30th anniversary of their independence this year. He recalled his memorable visits to all Central Asian countries in 2015 and subsequently to Kazakhstan, Uzbekistan and Kyrgyz Republic. Prime Minister underlined the importance of maintaining cultural and people-to-people contacts between India and Central Asia, given the  popularity of Indian films, music, yoga etc in the region. He also underscored the potential of enhanced economic cooperation between India and Central Asia, and the role of connectivity in that regard.