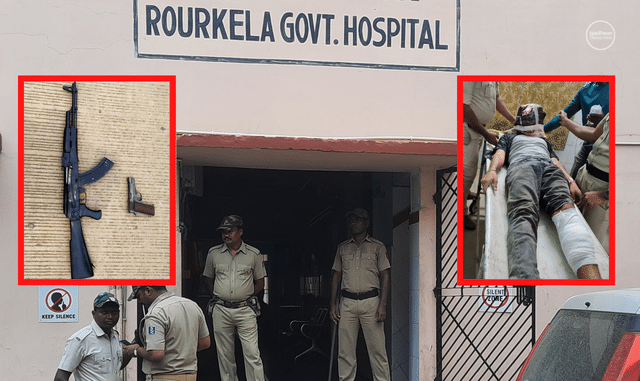 Sundergarh: A hardcore and most-wanted criminal was grievously injured in an encounter under Chandiposh police limits in Rourkela today.

As per reports, the criminal is reportedly admitted to Rourkela Government Hospital (RGH).

Besides, two more criminals, who were present at the spot, have also been detained. One AK-47 was also seized from the possession of the accused persons.

Sources said that a police team had conducted a raid on the basis of input regarding the presence of the anti-socials.