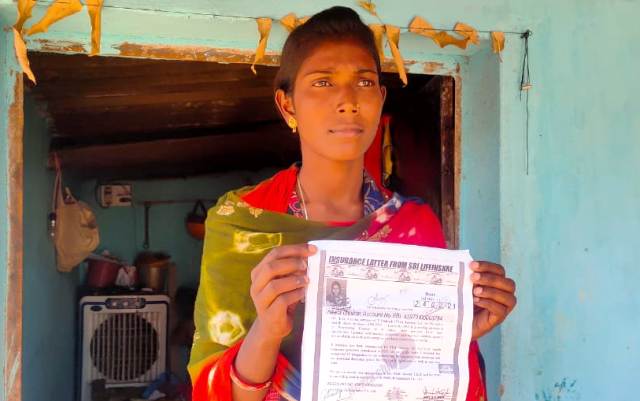 Jharsuguda: A cyber fraudster defrauded Rs 1.69 lakh from a girl in Belpahar’s Gandhinagar in Jharsuguda district by luring her with a Rs 35 lakh lottery from a popular TV show.

The victim was identified as Neeta Chhatar, daughter of Shakti Chhatra of Gandhinagar. According to sources, Neeta received a call from an unknown number on the night of the 23rd stating that she had won a lottery prize of Rs 35 lakh at Kaun Banega Crorepati. Then on the 24th, the person called again and asked to deposit Rs 18,200 in the bank account of a person, Vikas Ram, as government tax in order to receive the prize amount.

Following this, Neeta went with her family and deposited Rs 18,200 in the said account. The cyber fraudster then called Nita again and asked her to deposit Rs 35,000, Rs 31,000 and Rs 5,000 in three phases. To gain her trust, the cyber fraudster also sent a fake cheque to her WhatsApp as soon as she transferred the money and said that the cheque will be delivered to her on the 25th.

Applying these tactics, the scamster managed to swindle a total of Rs 1.69 lakh from the girl in multiple phases.

On the 27th, the cyber fraudster called Nita again and asked her to sent Rs 75,000, and said that one of the KBC staff members will go to Dubai to fetch money. Following this, Nita came to know that she has been defrauded by the person.

However, no case was registered at the police station till the writing of this report.

Cyber ​​fraud is on the rise in Jharsuguda district. The scamsters are deceiving several people by luring them with all sorts of temptations.

Two such cyber scams have recently been reported under Jharsuguda Town and Badmal police stations, but the police have failed to take any steps in this regard.

Recently, an employee of the Aditya Birla Company was duped of Rs 35,000 for a loan and a man living in the old slum area of ​​the city in the name of setting up a tower on his land.