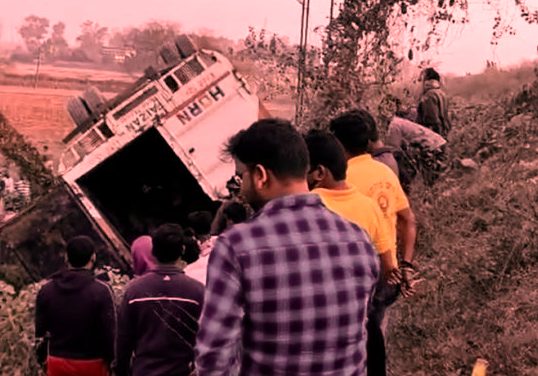 Balasore: At three persons and dozens of cows were killed after a cattle-laden truck overturned on NH-60 near Basta bypass square here in Balasore district on Thursday morning.

According to sources, the mishap place while the vehicle carrying around 100 cattle was moving towards West Bengal from Bhadrak when the truck hit an SUV on the highway and overturned.

On being informed, Police and fire services personnel reached the spot and launched a rescue operation. Locals reportedly helped the official teams in the rescue operation. It is being claimed that the cattle were being transported illegally.