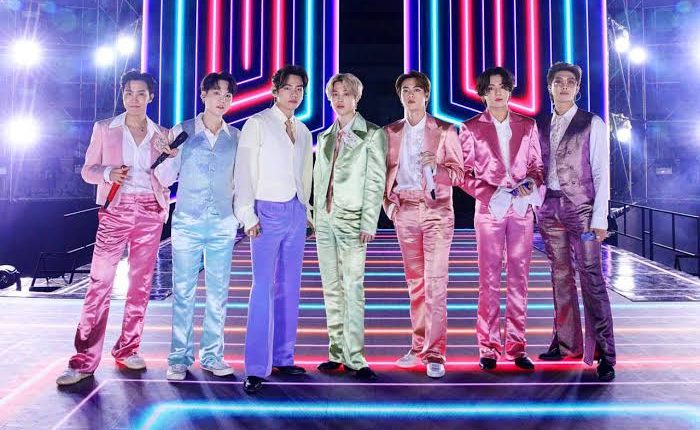 Seoul: Grammy-nominated group BTS are currently focusing on solo activities. While fans of the members are waiting with bated breath to hear more about their solo music, the group released an announcement video of their upcoming documentary to be released on Disney + Hotstar. Titled BTS Monuments: Beyond The Star, the documentary will trace the seven-piece act’s journey since their debut days in 2013 till recent.

In the video, members RM, Suga, Jin, Jimin, Jhope. Jungkook and V are seen speaking about how the documentary will show some unknown sides to their journey. “It will be candid stories,” said V as they piqued ARMYs interest. While the date for the same has not been revealed as yet, the announcement has left the fans excited. Apart from BTS, J-hope’s solo documentary will also be a part of the series, as per a statement released.

The series is the third BTS content to be released on Disney + after a deal between Hybe and Walt Disney.

This original docu-series follows the incredible journey of 21st century pop icons BTS. With unprecedented access to a vast library of music and footage over the past nine years, the series will feature the daily lives, thoughts and plans of BTS members, as they prepare for their second chapter. The docu-series will be available exclusively on Disney’s streaming services next year.