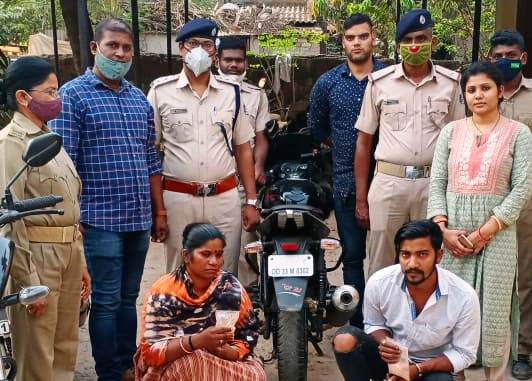 Bhubaneswar: Excise personnel on Friday seized brown sugar worth Rs 19 lakh during a raid at Kargil Basti under Airfield police station limits in Bhubaneswar and arrested two persons in this connection.

The arrested were identified as Ramesh Beura (25) and Gita Rout (30). 165 grams of brown sugar worth Rs 19 lakh and a Black Pulsar bike have been seized from them, the police said.

Acting on reliable inputs a team of Bhubaneswar Excise department conducted a raid at the slum and arrested the accused duo while seizing the huge cache of contraband from their possession.

Reportedly, the police officials are investigating the roots of the brown sugar trade in the state capital.

All effort must be made for Marada Jagannath temple development: Dharmendra Pradhan