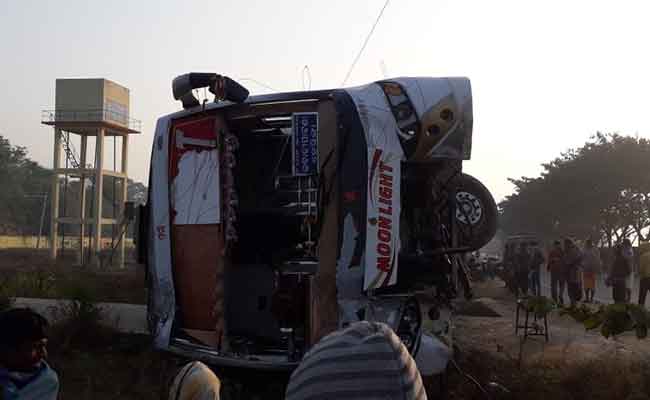 Boudh: At least four persons were injured after a bus they were travelling in overturned on NH 57 near Khuntabandha area in Boudh district.

According to sources, the mishap occurred while the bus, named “Moonlight”, carrying around 50 passengers was on its way to Bhubaneswar from Bhawanipatna when the driver of the vehicle lost control over the wheels following which the bus turned turtle.

At least four passengers sustained injuries in the mishap.

Ob being informed, police reached the spot and took the injured to Boudh DHH.