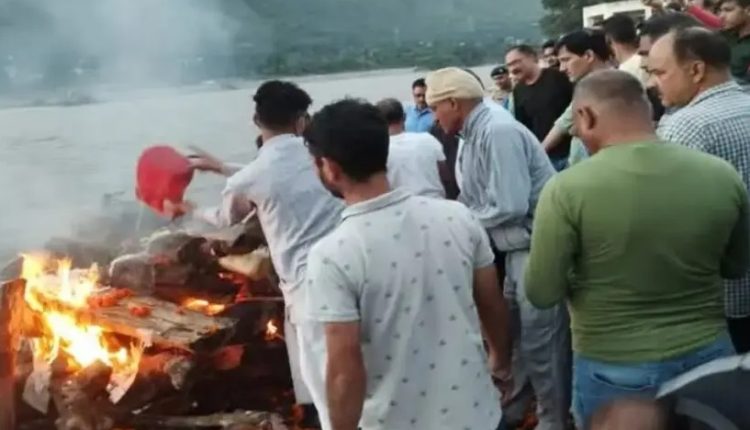 Dheradun: Last rites of Ankita Bhandari, woman receptionist at a resort who was murdered allegedly by resort owner, were finally conducted on Sunday evene as the protest on NH 58 continued in demand of stern action against the culprits

Her body was brought to the NIT Ghat here and consigned to flames amid the presence of a large number of people.

A large crowd, comprising students, political activists and common people, had earlier gathered in large numbers at the mortuary of the base hospital where her body was kept. Then, they held a sit-in protest on the Badrinath National Highway in front of the mortuary, demanding the hanging of Ankita’s killers, stranding vehicles on both sides of the highway.

Earlier in the day, the family of Ankita, in whose killing Pulkit Arya, the son of now expelled BJP leader Vinod Arya is allegedly involved, refused to perform the last rites, saying they will wait till the final post-mortem report comes.

The provisional post-mortem report had confirmed assault before death and the cause of death as drowning.

Ankita’s father Virendra Bhandari has refused to perform the last rites of his daughter.