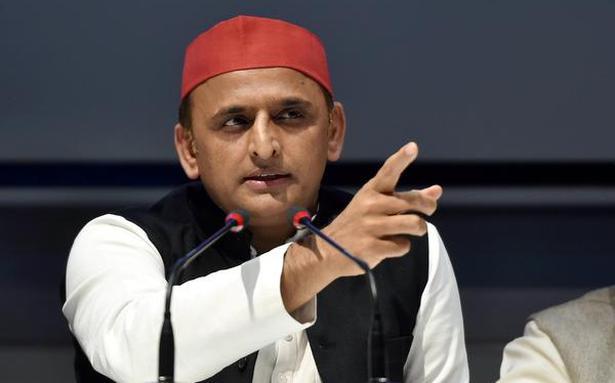 “We need to be alert if EVMs are being transported this way. This is theft. We need to save our votes. We may go to court against it but before that, I want to appeal to people to save the democracy,” Samajwadi Party chief added.

Taking to Twitter, Akhilesh Yadav said that the news of the EVMs being caught in Varanasi is giving a message to every assembly of UP to be alert.

“All the candidates and supporters of SP-alliance should be ready with their cameras to thwart the attempt of rigging in the counting of votes. To protect youth democracy and future, become soldiers in counting of votes,” Akhilesh Yadav wrote in Hindi.

Meanwhile, after several exit polls predicted a victory for the BJP and its allies in the UP election, the SP chief said the exit polls only want to create a perception that the BJP is winning.

Russia Calls For Return To ‘Peaceful Co-Existence’ With U.S. Like During Cold War