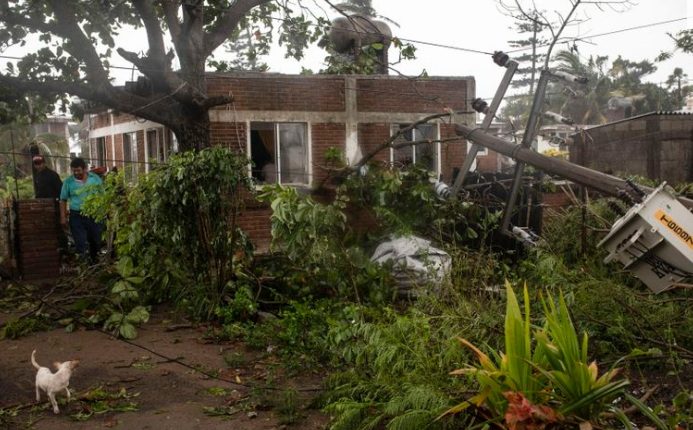 According to reports, eight people, including children, died and three were missing after mudslides and flooding, said Cuitláhuac García, governor of Mexico’s Veracruz state.

García said 330,000 people lost power in the storm but it was gradually being restored.

The US National Hurricane Center said Grace quickly weakened to a tropical storm as it churned over mountainous areas in central Mexico east of the capital and then dissipated at midafternoon.

The National Hurricane Center said later Saturday that while the storm had significantly weakened, “lingering rainfall” could be expected over central Mexico in the evening.

The center also warned that the remnants of Grace could “result in additional areas of flash and urban flooding, along with mudslides.”

In a final advisory, the center said that remnants “will likely move into the eastern North Pacific by Sunday afternoon, where it is likely to develop into a new tropical cyclone next week.”

Grace earlier this week brought heavy rains as a tropical storm over Haiti, complicating rescue workers’ attempts to search for survivors of the 7.2 magnitude earthquake that hit the country last weekend.

Afghanistan Vulnerable To Hunger: WHO On Worsening Humanitarian Crisis