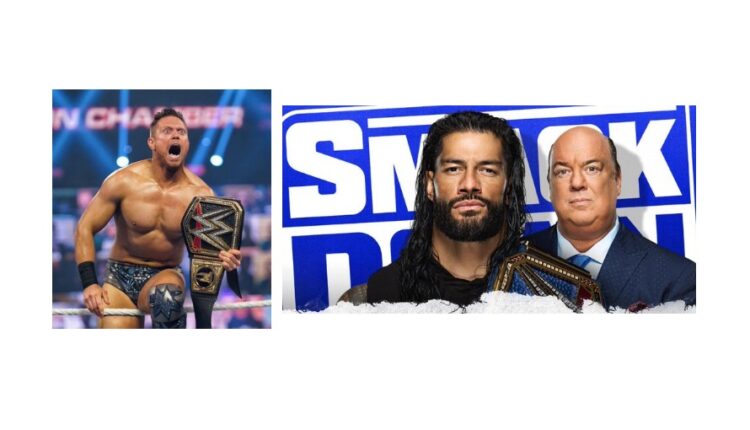 Florida: Roman Reigns extended his title run as the Universal Champion with a victory over Daniel Bryan in WWE Elimination Chamber 2021.

The title contest was determined by the SmackDown Elimination Chamber match. Bryan outlasted Jey Uso, Kevin Owens, Cesaro, King Corbin and Sami Zayn inside the structure, meaning he earned the right to challenge The Tribal Chief for the universal belt afterward.

The turn of events after the match was the highlight as Edge speared the Universal Champion to challenge him for a title match at Wrestlemania 37.

Edge is the winner of the Men’s 2021 Royal Rumble and had a decision to make regarding his next opponent. He delivered a spear to the ‘Head of the Table’ and confirmed the Wrestlemania main event.

The Miz cashed in the Money in the Bank briefcase and secured an easy victory over the exhausted champion to close out the show.

In the main event of the show, Drew McIntyre retained his WWE Championship by winning the Elimination Chamber match. McIntyre last eliminated AJ Styles to retain his championship.

Nia Jax pinned Sasha Banks with a Samoan Drop after a bizarre distraction thanks to Reginald, Carmella’s sommelier.

Reckless Driving Leads To Tragedy; One Killed, One Injured In Deogarh